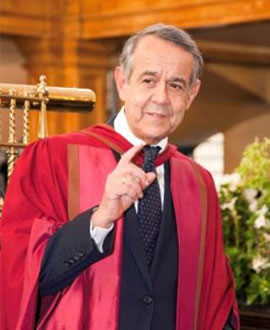 Welcome from the
Honorary Principal

It was in 1664, shortly after Jews resettled in England, that the Spanish and Portuguese Jews' Congregation opened its first school, called Shaare Tikvah - Gates of Hope.

They opened a school even before building their synagogue in Bevis Marks in 1701, thereby showing their priorities - a community needs a school more than it needs a Synagogue. Sadly this and other Sephardi schools had all closed by the early 20th century.

To view a virtual tour of the school click here.